Vision is the ability to see people, places and things, not just the way they are, but the way they could be. The first level of seeing is physical. The second dimension engages the imagination. It is said that, “eyes that look are common but eyes that see are few”. The starting point for vision is your ability to see yourself the way God intended for you to be. The capacity to see is the specialty of the Spirit-filled Christian because on the day of Pentecost, Peter referred to the words of the Prophet Joel. In summary, he said that they would be inspired to express God’s thoughts (Acts 2:16-17). The ultimate vision is a revelation from God. If people cannot see what God is doing, they stumble (Proverbs 29:18 AMP, MSG). When your vision is a revelation from God, the future is resolved already. It’s just a matter of time.

A vision from God causes separation. The unwillingness to move from where they are is the reason why some people do not get a big vision in the first instance. Abraham was instructed to move away from his family and his father’s land before he was shown a new place. You need to identify who, what and where you need to leave to realise your destiny. God did not speak to Abraham again until he had separated from Lot (Genesis 13:14). What you believe is where you belong? So, where do you think you belong? It is what God, the Designer of your life, has to say about your future that answers the question for you. Joseph found himself a slave in Potiphar’s house and in prison but he knew he did not belong there; he belonged in the palace. Where he belonged was defined by the vision God gave him. David started out as a shepherd but he knew he did not belong with the sheep. Daniel was captured as a slave but he became the second most powerful man in Babylon. They all overcame amazing obstacles on their journey to where God destined them to be. You have no excuse! If you can capture the vision, nothing can stop you. Families, organisations and nations that experience radical change learn to manage the inevitable emotional separation. Israel had to be separated from Egypt in order to be free from slavery. Afterwards, they longed for Egypt and as long as they romanticised the past, they couldn’t enter into Canaan. Today, some families and nations are stranded because they refuse to make the move. 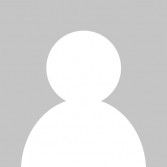