2 Cor. 5:13-15
Our focus for this month is on Soul-Winning. The need for us to share the good news of the death and resurrection of Jesus Christ and of the provision of forgiveness of sin and freedom from sin.

In the passage above, some people thought that Paul was behaving crazy because he was passionately committed his life to the sharing of the good news. In Acts 26, Paul was preaching to a king and at some point the king asked him to stop because much reading was making him ‘mad’. He was demonstrating passion as seen in 2nd Cor. 5:14. He had an understanding of the love of Jesus Christ for him, the essence of the death of Jesus Christ on the cross; painful, shameful death. He might not have been physically present during the crucifixion but he was around. After the crucifixion he hated and persecuted the followers of Jesus Christ until Jesus met him at Damascus. Jesus met him personally and spoke to him.  By this experience, He realized that indeed the Jesus that was killed is actually alive and that the death of Jesus was actually on his behalf. God gave him the assignment to go and preach the good news to other people.

In Romans 1:16-17, we see how God made us right in His sight. This is accomplished from start to finish by faith and there’s no price to pay anymore. It is through faith that the righteous person has life. The compelling force that generated the passion was the understanding of the depth of God’s love.

Mankind’s greatest problem is sin. It’s causing discomfort and havoc in people’s lives. It is destroying relationships between people that should love each other are locked on hatred and are envious of each other. There’s so much unkindness in our world, people that should collaborate are in competition, people that should build together are tearing down, and lack capacity to forgive. It’s the sin nature that we would think that God would forgive us and write off our debts but a fellow human being hurts us and all hell is let loose.  People are out for revenge; an eye for an eye and an arm for an arm and as long as human beings are dysfunctional, our world is dysfunctional.

God sent his Son to die on the cross because the wages of sin is death. The Son of God, second person in the Trinity, sinless, became the person to die on the cross for us. The very people He came to help were the ones that killed Him, spit on Him and mocked Him. They put a crown of thorns on His head and pierced His sides with a rod. Soldiers whipped Him with horsewhip heavy lashes with bits and pieces of bones and stones in the whip, tearing His flesh in the process. They put Him on the cross and nailed Him on it with a hammer just as armed robbers were executed, in fact He was killed between two armed robbers. Right there on the cross with His body in excruciating pain, He prayed a prayer that only love-personified would pray… “Father forgive them for they do not know what they’re doing!”

Paul said in 2 Cor. 5:14 we see clearly that Christ paid the price for us. He gave His life to gain a life. The one that bought you paid the purchase price for you with His own blood.
How do we reciprocate His love? We love Him back! He paid the price for us. It is that love that compels us. Knowing that He has paid the price for everyone else, they should never end up in hell, in a Godless eternity. Secondly they should not live in hell on earth.  Every single day, minute and second that they spend not free from sin, still under the control of Satan is a waste of the blood that Jesus shed on Calvary’s cross. So, we’re motivated by our love for Him and for others. In Romans 8: 32 we see how great God’s love for us is. He gave the most precious gift already and there’s nothing else He cannot give.

Sharing the good news is not as much a sacrifice as going to die on the cross. What’s difficult in opening our mouth and sharing the good news? What exactly are we ashamed of in sharing the good news. It is the greatest news on this planet.  It doesn’t matter whether a person is a peasant or a president…sin is sin. In fact if a president is not saved and not free from the nature of sin, millions of people are going to suffer for it. In God’s sight, a soul is a soul. Every single human being is created in God’s image and we only know what somebody is today, we don’t know what he can be tomorrow.

Our motivation for sharing the good news is love. It is God’s love for us demonstrated through the death of Jesus Christ on the cross. If you really love someone, you don’t want to see them go to a Godless eternity. So my challenge today is “share the good news with someone”.
Sin is man’s greatest problem. Man has done well in terms of innovation and creativity but man has not been able to innovate or create a solution to sin. Man creates social policies but they never work because they do not reach deep down enough to change the nature of human beings. This is the solution. To share the good news, the first thing to do is to pray for people. Write out the names of five people that you know that don’t yet enjoy these blessings of freedom from sin through the price that Jesus paid. Pray for them.  You cannot compel or force someone to receive forgiveness of sin. It’s a heart thing but when you pray, the Holy Spirit moves on their hearts, He speaks to them in the way nobody else can and reorganizes the circumstances of their lives. Secondly, live the Christian life before them. Love them and love other people. They’re watching. If our lives doesn’t match our messages, they do not accept the message. Show them massive kindness and look for opportunities to share the message with them. What is the message?Jesus Christ died for our sins and God raised Him on the third day. The power of the Holy Spirit that raised Him, works in our lives now. When we pray, that power removes the nature of sin and the Holy Spirit lives inside us. The nature of sin gives you capacity to think, to talk and act like God and the Spirit of God is there to lead, guide and make sure that the power of God is there to guide you every single day of your life.

Don’t preach your Pastor, Denomination or Ideas. Preach Christ! In Act 8:5-8,  we see testimonies that were recorded by preaching Christ. The Holy Spirits job is to affirm Christ. When you preach Christ, the Holy Spirit will confirm the message as seen in Mark 16:20 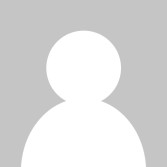